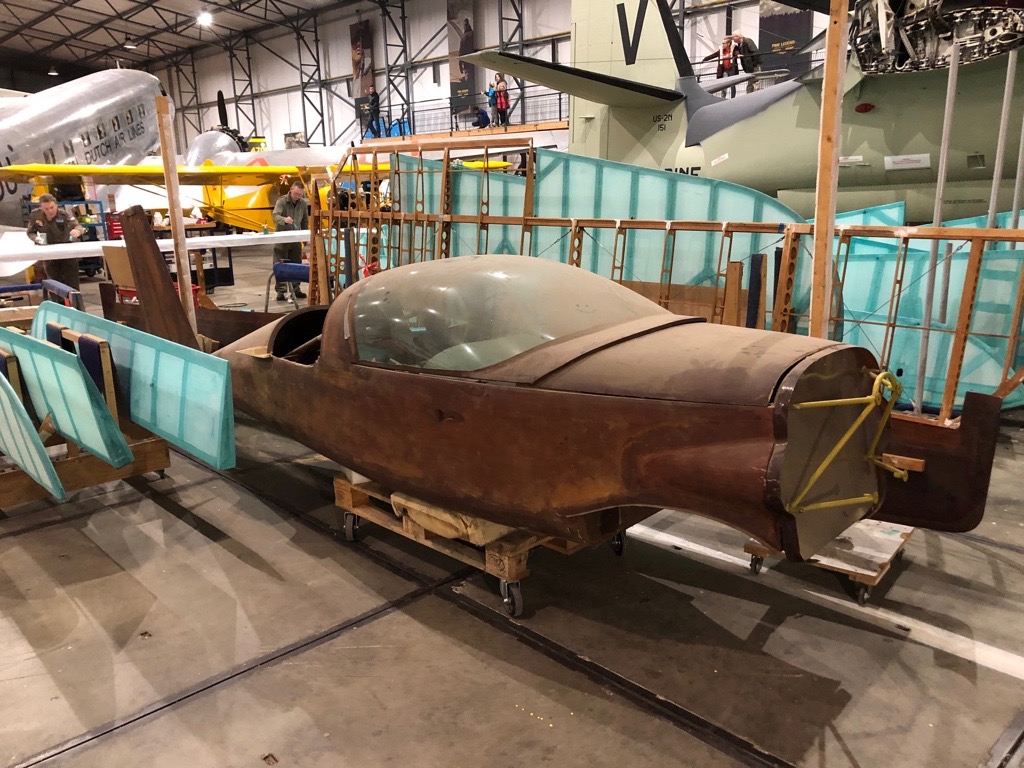 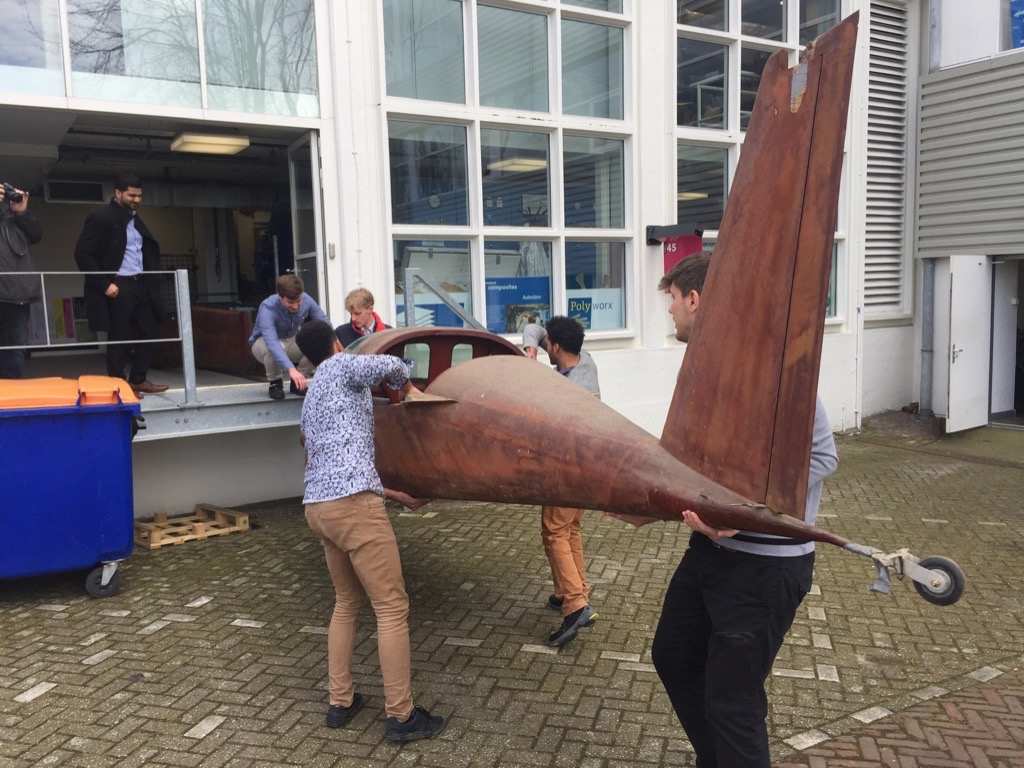 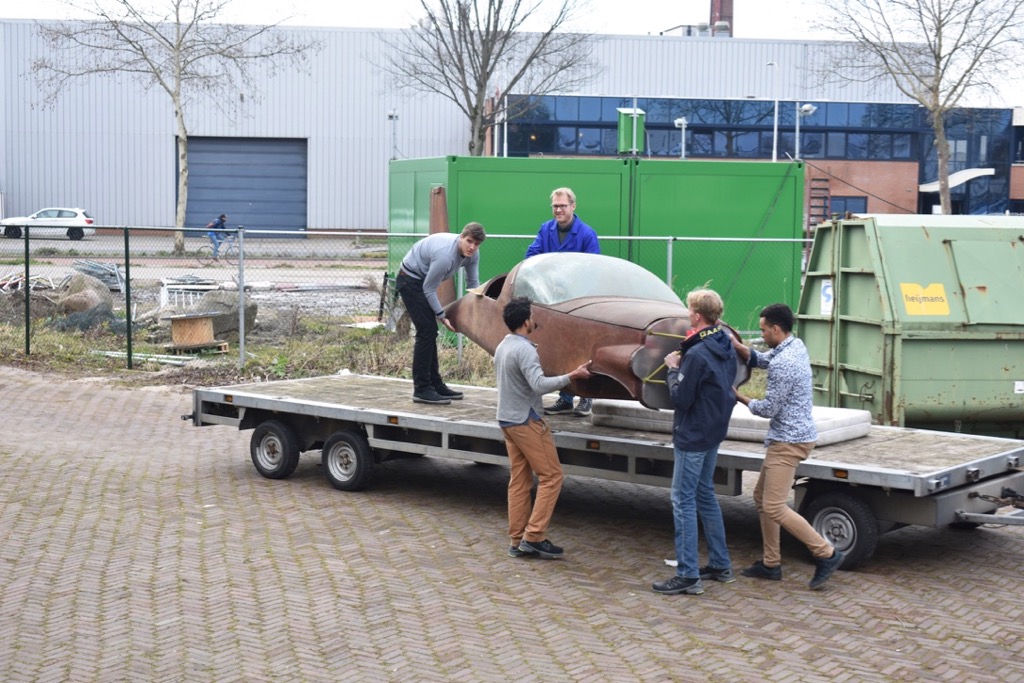 What do you get when you combine, foam, carbonfiber, glassfiber and epoxy? You get the Viking Dragonfly MK.II, an American amateur-built aircraft, designed by Bob Walters and produced by Viking Aircraft LLC of Elkhorn, Wisconsin. This aircraft was originally supplied as a kit for amateur construction. The Aviodrome in Lelystad got hold of a Dragonfly a long time ago as the original Dutch owner Mr. Thom Sijs agreed to store it at the museum, waiting for final assembly at a later stage. Now, many years later, it was decided that the Aeronautical Engineering faculty at the Inholland University of Applied Sciences would be a much better place to facilitate finalisation of the construction.

On March 20, 2019, the Dragonfly was transported from the Aviodrome to Inholland in Delft where several students prepared the arrival at Inholland Composites. The plan is to restore the airplane, use it for sustainable aviation research and use it for the curriculum for the upcoming Aeronautical Engineers.

The Dragonfly is a two-seater aircraft that features a tandem wing layout with a forward wing mounted low and the other behind the cockpit in a shoulder position, a two-seats-in-side-by-side configuration enclosed cockpit under a bubble canopy, fixed landing gear and a single engine in tractor configuration. The cockpit is 109 cm wide. 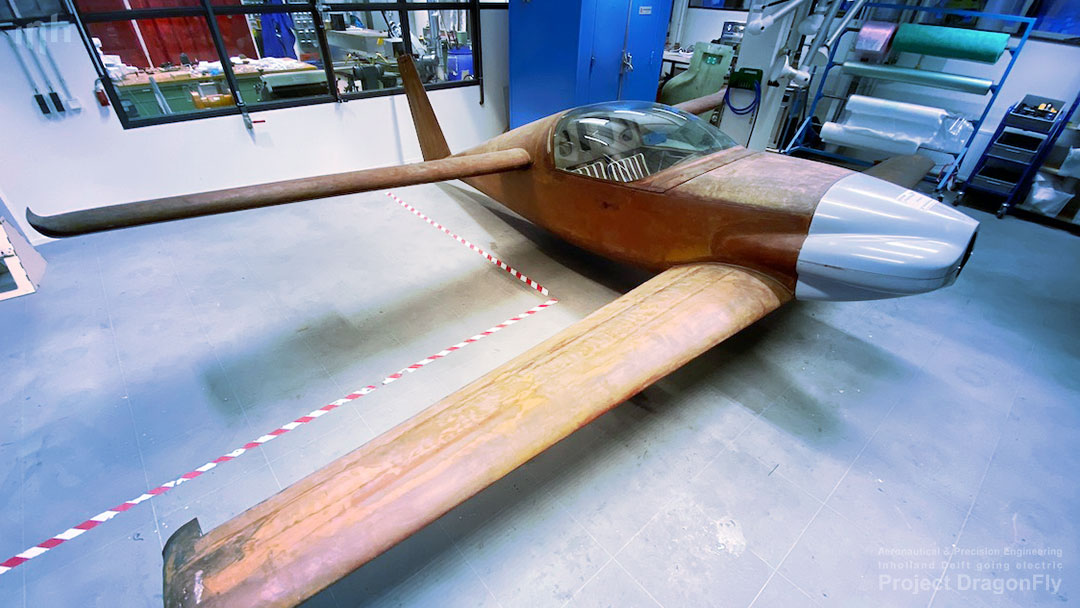 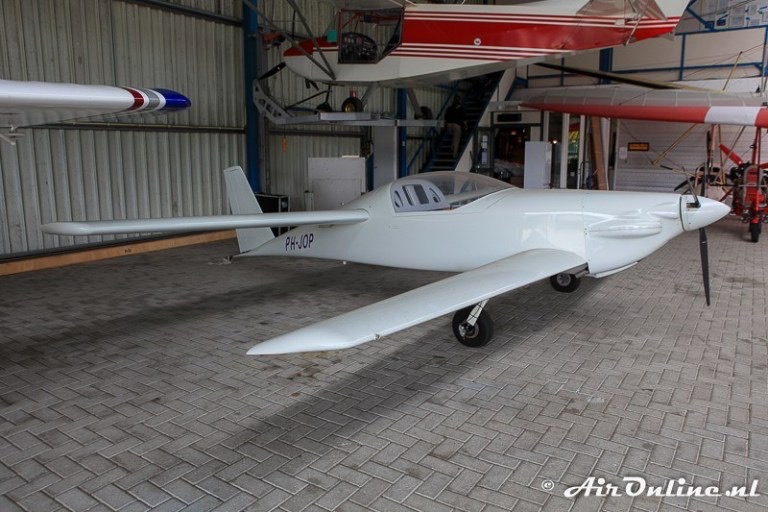 The aircraft is constructed from composites, based on construction techniques pioneered by Burt Rutan at Rutan Aircraft Factory (RAF). The airframe design is visually similar to the RAF’s Quickie 2, which was developed independently, but the Dragonfly has larger airfoils and a smaller engine, resulting in a slower but more docile handling aircraft. Its forward 20 ft (6.1 m) span wing employs a GU25-5(11)8 mod airfoil, when the aft wing (span 22 ft) uses an Eppler 1212 airfoil. Both wings have a total area of 92.2 sq ft (8.57 m2). Standard engines used include the 60 hp (45 kW) Volkswagen air-cooled and the 85 hp (63 kW) Jabiru 2200four-stroke powerplants. Construction time from the supplied kit is estimated as 700 hours, while from plans is estimated at over 1200 hours. The Dragonfly was given the Outstanding New Design Award at the EAA Convention in 1980.[5] By 1998, 500 examples of all variants were reported as flying

On behalf of Inholland we want to thank Mr. Thom Sijs and the Aviodrome for the donation of this beautiful aircraft. More information about the history of this particular Viking Dragonfly can be found on the aironline.nl: http://www.aironline.nl/weblog/2019/03/15/onafgebouwde-viking-dragonfly-verhuist-van-aviodrome-naar-inholland-delft-university-of-applied-sciences/ 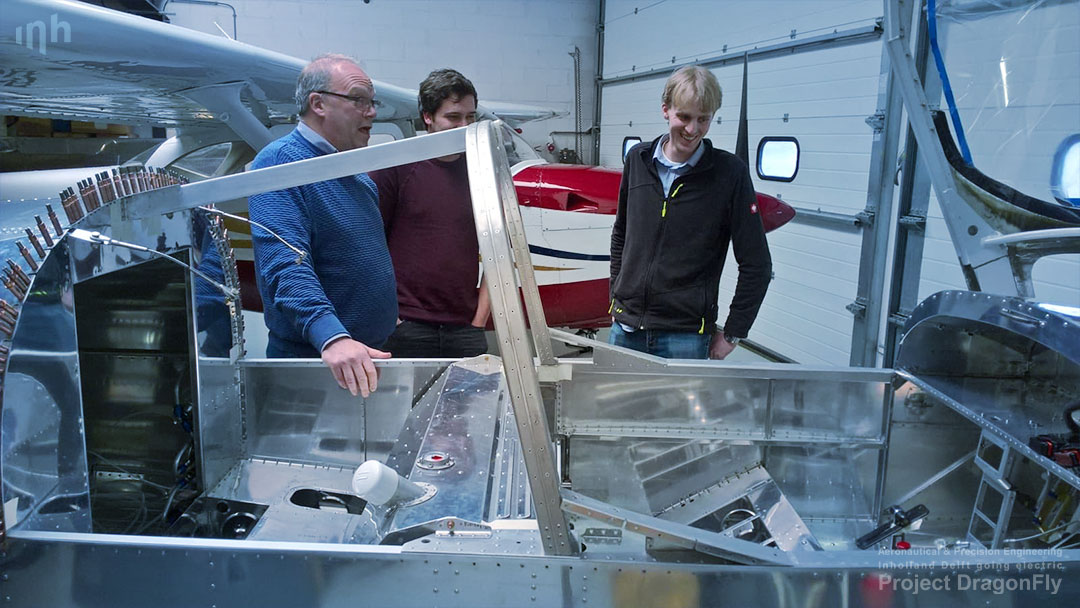